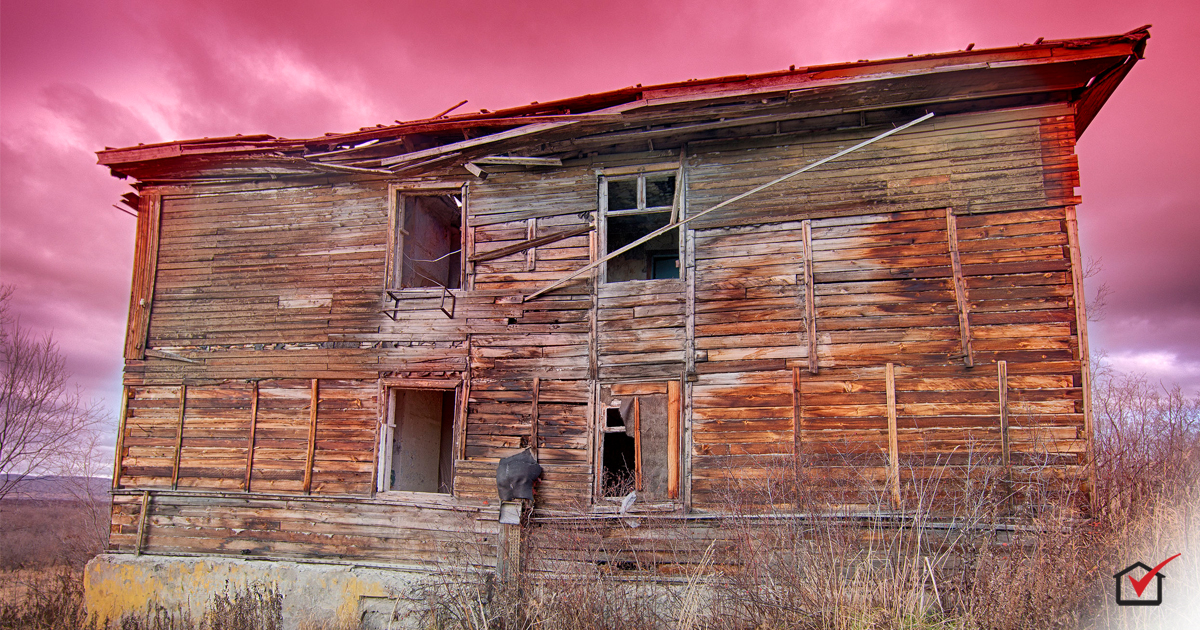 Everybody loves a good scare now and then, so it’s no wonder that haunted houses are popular attractions when Halloween rolls around. Thankfully, that’s just one night a year. Because who really wants to live in a spooky old trap?

While most homeowners aren’t superstitious about ghosts and such, there’s good reason to be concerned—even scared—about some of the things you can’t see without the aid of trained inspectors.

Yes, there may actually be things that go bump in the night and real-live monsters (think vermin) hiding under the bed. There are also biological and structural hazards that can’t be heard or seen, which can result in costly damage. The kind that will still be there in the morning when you wake up.

Seeking Out Danger Before It Causes Harm

Homeowners and homebuyers have an ally in sharp-eyed home inspectors like the people at HouseCheck, who know how to detect potential dangers before they cause much harm.

Listen to that little voice inside. It’s telling you that whether you’re buying or selling a house, it’s always a good idea to get the place inspected before you shake hands on the deal. Especially before you spend the night in it. (No kidding. Just wait until you read the mold part.)

Yes, home inspections can uncover creepy, crawly, spooky things. But once you shine some light on them, it’s easier to make them go away (although the cleanup part may not be much fun).

There are all sorts of tales about horrifying inspection discoveries. Like the fried rat found near the electrical panel. A beaver in the attic. Rain gutters full of sprouting corn.

When you’re haunted by ghosts like these, who you gonna call? HouseCheck.

Yes, HouseCheck home inspectors are brave, stalwart souls who have seen many strange, if not downright scary sights in their time. Things like icicles in the basement. Bats in the drain. Mice up the chimney. Unexplainable Frankenstein-ish fixer-upper jobs…

Perhaps scariest of all are the things you can’t see until the damage is done. So brace yourself, we’re going to get into a few examples of real-world dangers. (Dangers that a thorough inspection can help you uncover before it’s too late!)

These pests are scary because they’re sneaky. Termites eat wood from the inside out, so they can be tough to detect unless you know what to look for. Termites can be found in 49 states (all except Alaska), and chew their way through roughly $50 billion worth of structural damage each year.

This one’s frightening because it’s an odorless, radioactive gas that’s the second-leading cause of lung cancer. Radon occurs from the natural breakdown of uranium in soil, rock and water, creating a health risk when it enters the air we breathe. The only way to determine your home’s radon level is through testing.

The Mold Menace: A Cautionary Tale

If you’re not afraid of mold yet, you will be (or should be) after you hear this next cautionary tale. It’s about the importance of getting a thorough inspection before you buy, when a dream home turned into an actual source of nightmares after toxic mold was discovered.

About 30 days after purchasing and moving into a 100-year-old Victorian home in Helena, Montana, Deborah Rumberger started to feel constantly exhausted. In fact, as she told Good Housekeeping, she felt ill the very first night after unpacking, but her two daughters didn’t start suffering the effects until later.

The family experienced textbook symptoms of mold toxicity, including fatigue, weakness, headaches, morning stiffness and joint pain. For the first time in her life, Deborah’s youngest daughter was having sinus problems, along with acid reflux and recurring nightmares!

Many people think mold spores affect only those who are allergic to them. But mold makes chemicals that build up in your body, which is why symptoms of mold toxicity can take time to develop and probably the reason Deborah’s two daughters didn’t feel sick until a couple of months after the move.

It turned out the old house had unresolved 20-year-old flood damage, likely resulting from frozen pipes.

Nearly six years and a lawsuit settlement later, Ms. Rumberger and her daughters were finally free of the toxic mold menace—and their mortgage. The family lost $80,000 on the subsequent sale of the home, but at least the nightmare was over.

Words to the Wise

Take a tip from those of us who’ve already been there. It’s crucial to find a seasoned home inspector with the knowledge and objectivity to deliver a complete and accurate inspection. When you contract with a HouseCheck inspection specialist, you can be confident you’re working with an unbiased expert.

Don’t lose a home sale because something got missed during the inspection phase. Considering the loss of work time, moving expenses, and so on, the potential cost of a sale falling through could exceed the asking price.

HouseCheck Home Inspectors follow high standards of training and professionalism and are selected from only the most qualified candidates. With advanced tools, breakthrough technologies, and the backing of a strong national brand, we train our inspectors to develop their skills even further.

The Trick is to Treat Everyone Well

We appreciate that when agents or brokers recommend HouseCheck to a client, they’re entrusting their reputations to us. So we treat every customer referred to us with the utmost care and respect.

With HouseCheck, you won’t have to worry about whether you’re choosing a home inspector with the right experience. You’re assured of finding a pro who knows how to produce a clear, useful inspection reports that help lower costs and risks for homebuyers as well as sellers. Nothing tricky about it.

While it’s fun to have a home that’s popular among trick-or-treaters on Halloween, just make sure it’s for all the right reasons. Don’t be the people living in a dangerous trap that scares the neighbors away. Give HouseCheck a ring (or visit us at housecheck.com) so you can get a good night’s rest in your dream home.